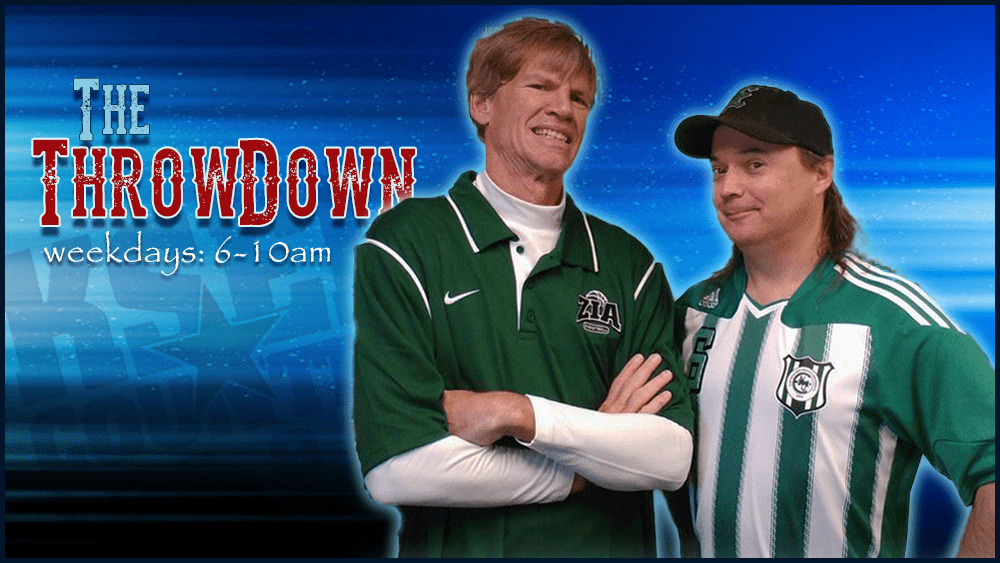 The Morning Throwdown, with Kevin and Doc, has been waking up the High Plains of Eastern New Mexico and West Texas for two decades now! Kevin and Doc hang out with you every morning from 6 to 10. Each morning, you’ll hear the latest music and entertainment news, details on everything happening around town, sports with Doc, Kids Trivia, and Doc’s Day in History.

Don’t forget, every Friday morning, The Throwdown hosts “All Request Fridays”!  You control the music.  Tell Kevin and Doc what you wanna hear and they’ll get it on for you.

If you miss a day, you miss a lot!  Tune in to the Morning Throwdown every weekday morning, from 6:30 to 10:00.  Your favorite country music, including today’s top Red Dirt Country songs, are waitin’ for ya!  After all these years, 105.9 KSEL Country is STILL your kinda’ country!

get to know kevin and doc 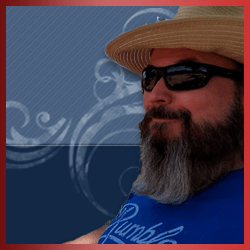 A native of western Indiana, I have lived in New Mexico since leaving the service of the US Marine Corps in the mid-90s. A graduate of Eastern New Mexico University, I studied History and Political Science, which groomed me for doing morning radio and keeping newsmakers in the headlines, in addition to interviewing decision-makers in eastern New Mexico. I began working on KSEL-FM in February 2001, and have held several positions with the station over the years, including news director, farm news director, and account executive in addition to hosting the Morning Throwdown.

GET TO KNOW KEVIN ROBBINS


If you were a cartoon, which one would you be and why?
Spongebob Squarepants. There’s a lot of levity, but also some real adult issues on occasion. Also, what’s not to like about Mr. Krabs?

What is the weirdest thing you have ever eaten?
I have been to some fairly bizarre countries around the globe, but the weirdest may have been a Pizza Hut in Bahrain. The pizza was mutton with goat cheese... Seriously gross and unsettling.

What do you do to have fun?
I like to spend time with friends, and also playing guitar, piano, harmonica, mandolin, or whatever is handy.

Have you been told, you look like someone famous? If so, who?
Seriously ladies… I do not look like Chris Hemsworth. *sigh*

If you were to name one piece of clothing that describes you, what would you say?
A wide-brimmed hat, because you know… “Made in the shade”

If you woke up tomorrow as a superhero, what would your superhero name be?  What would be our super power?
Strong Coffee Man, because I am here to wake everyone up and get their day going!

What’s one thing you do that other people find odd or silly?
I have a weird hang-up on the differences between men and women. It’s shocking we are still interacting with each other, even with all of our differences in our approach to life.

What's the funniest pick up line you’ve ever heard?
Not really my cup of tea, but the absolute worst: “Can you touch my hand? I want to tell my friends I’ve been touched by an angel.”  I mean, who says that with a straight face?!

If you were to write a book about yourself, what would be the title?
I have a perfect one for someone who works in radio: “Not Much to See Here.”

Tell us something you hate doing. Why?
I am not a fan of long drives. I am good with maybe anything under eight hours, but if it requires me to be behind the wheel for much more than that, I will find an excuse not to go.

What's the one thing, you can't live without?
I can’t live without my dachshund Miles. He keeps life fun and interesting.

As a child, what did you wish to become when you grew up?
Believe it or not, I wanted to be a radio DJ. There was a show at the time called “WKRP in Cincinnati” and it really made me want to get into this crazy business.

Who is your all-time favorite KSEL Country artist?
I have been and will always be a huge fan of Radney Foster. 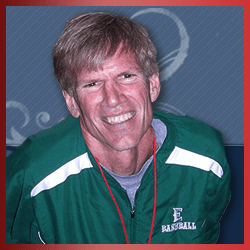 A member of the New Mexico Broadcasters Association Hall of Fame, Doc Elder has broadcast on the High Plains since 1996, and became a part of the Morning Throwdown in 2002. A former high school and college basketball player and coach, he thus brings a wealth of experience to his daily presentation of the KSEL-Country Sports Spot. Having earned a Ph.D. in History from the University of California—San Diego, Doc uses his knowledge to present “Doc’s Day in History” as a regular feature of the Morning Throwdown. A huge fan of artists ranging from Brad Paisley to Maren Morris, Doc’s eclectic taste makes him well suited to have the honor of bringing the best of Country and Red Dirt music to the High Plains on a daily basis.


GET TO KNOW DOC ELDER

If you were a cartoon, which one would you be and why?
How do you know I’m not a cartoon?

What is the weirdest thing you have ever eaten?
Vichyssoise.  I was really disappointed—it tasted just like potato soup.  I later found out that it did because Vichyssoise is in fact potato soup with a Frenchified name.

What do you do to have fun?
Try to become a better employee of Rooney-Moon Broadcasting. Do I get my bonus now?

Have you been told, you look like someone famous? If so, who?
I actually was mistaken in LA for Willem Dafoe. I took that as a compliment until “Spiderman 3” came out.

If you were to name one piece of clothing that describes you, what would you say?
My high school football practice jersey. I say that because not only do I still have it—I still wear it. There’s a reason why I’m the sports guy.

If you woke up tomorrow as a superhero, what would your superhero name be?  What would be your super power?
I would be Geriatric Man. I would have the power to put a protective shield around Social Security, Medicare, and the senior discount at Denny’s.

What’s one thing you do that other people find odd or silly?
Outside of the fact that as a college professor I proclaim that “Family Guy” is the greatest intellectual accomplishment of Western Civilization?

What's the funniest pick up line you’ve ever heard?
What? Pick-up lines are sexist! But if they weren’t, here would be my favorite: you’re a QTπ. Sound that out, and remember that this is coming from a guy with a Ph.D.

If you were to write a book about yourself, what would be the title?
Doc For Dummies.

Tell us something you hate doing. Why?
I hate having to be accurate when I give scores. It would be a lot more fun to say that Clovis won a jillion to a billion rather than 45-14.

What's your biggest pet peeve?
SLOW DRIVERS IN MY LANE! IF YOU EVER SEE MY MUSTANG CONVERTIBLE BEHIND YOU, SPEED UP OR PULL OVER!

What's the one thing, you can't live without?
IF I were young and hip, I’d say something like my smart phone, but people who have seen me use my Motorola flip-phone would know I was fibbing. So I’ll say instead it would be my 7-iron. If my house ever catches on fire, I’m saving it and my wife. Everything else can be replaced.

As a child, what did you wish to become when you grew up?
I wanted to be the starting pitcher for the Dodgers. As I’ve gotten older, though, I’ve become much more realistic in my hopes and dreams. Now I’d settle for being their middle relief pitcher.

If you could have an unlimited supply of one thing, what would it be?
Well, oxygen and water would be nice, but I don’t think you are looking for something that mundane, so I’ll say Ding Dongs, Ho Hos, Twinkies, and bear claws (the pastry—not the animal body part). Of course, if I had an unlimited supply of them Rooney Moon Broadcasting would need a new sports guy, because I’d never be able to fit through the studio doors after a few days with those munchables.